Rebecca Marquardt
Historians have long applied a straight, cis narrative to the past because for most of human existence queer terminology has been very limited. In Gay or Nay we attempt to right this wrong by discussing pre-Stonewall historical figures who have queer stories associated with them and discuss where they might have fallen on the gender identity and sexual orientation spectrums today.
Four reward tiers available on Patreon if you want to get involved behind the scenes.

Listen on Spotify or Apple Podcasts, read the transcript and join the live studio audio by supporting us on Patreon. 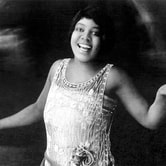 DESI WATERS joins us for a conversation about BESSIE SMITH (1894-1937), the "Empress of Blues." Bessie was once the highest-paid touring artist in the US and released 28 singles her first year as a recording artist. She was also known to carry on affairs with her chorus girls, she enjoyed a nice buffet flat party, and she surprised her second husband by bringing home a newly-adopted son. ​ 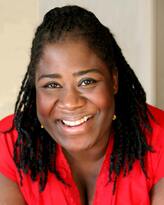 Desi Waters is an actor, singer, writer, and director.  Her favorite roles include: Mrs. Corry in Mary Poppins, Mabel in Fame: The Musical, The Nurse in Romeo and Juliet, Mariya in Uncle Vanya, and as a vocalist for President Clinton’s Birthday Celebration at Radio City Music Hall. TV credits include The Big Help for Nickelodeon, Broad City, CityKids, Grave Mysteries, Power, and The Blacklist. In 2019 she took on the role and responsibility of being a mom.
​
Read the Transcript or listen to the episode on Spotify or Apple Podcasts and support us on Patreon to get involved behind the scenes.

We reference an interview with Ruby Walker which you can listen to on Spotify or iTunes (the clip we play for Desi is, "Life on the Road, I" from 6:58 - 8:47).